The Demon Slayer (Kimetsu no Yaiba) anime series has been on a rampage, gaining attention and turning the heads of all otakus around the world.

The series revolves around the story of a young boy, Tanjiro Kamado, who tragically loses his family as a result of the attack by an unknown demon. There was only one survivor; his sister, Nezuko. However, things got from bad to worse quickly when he finds out his sister has been turned into a demon.

There begins Tanjiro Kamado’s quest. He later finds out that the one responsible is Muzan Kibutsuji, the main antagonist of the series and the very first demon in existence.

He trains relentlessly to become a demon slayer to find and deal with Muzan, the one responsible for his suffering, and to hopefully cure his now-demon sister.

But before all of that, let’s get to know more about our main man.

Who is Tanjiro Kamado?

Tanjiro Kamado is the main protagonist of the series, Demon Slayer. Tanjiro is the eldest child of Tanjuro and Kie Kamado and is brother to Takeo, Nezuko, Nanako, Shigeru, and Rokuta Tanjiro. He is 5’5” tall and was born on the 14th day of June.

A very memorable example of this is his unwavering will to look for a cure for his sister, Nezuko, who was turned into a demon.

Tanjiro is a very loving individual. His love for both his friends and his sister is shown throughout the series through moments of training and laughter, as well as his resolve to always protect them.

However, just like all of us, Tanjiro is still a semi-normal human being and also has limits despite his kind and understanding nature. He especially despises cowardice and rudeness as shown in the times when Zenitsu Agatsuma would annoyingly whine, or when Inosuke Hashibara’s actions get a little too reckless.

But above all, what sets Tanjiro apart from the rest of the amazing characters is his compassion. Tanjiro shows empathy to everyone, even the demons he faces in battle. This often proves a weakness for Tanjiro. The empathy he shows towards his enemies makes him hesitate just before he delivers the killing blow.

This weakness of Tanjiro gets exploited by demons, using the time he wastes hesitating to regenerate and regain their strength. Not to worry, though. As the series goes on, we can see Tanjiro grow through many experiences which molds his ability to calculate and decide when the time demands it.

Tanjiro also has outstanding courage when it comes to protecting people who are unable or struggling to protect themselves. He fights for them, whether it is against a demon or a human.

Tanjiro is known to have an exceptional sense of smell and is shown to be incredibly smart and analytical during battle. He always calculates his moves before making them, as shown in their short exchange with Tomioka.

Journey to become a Demon Slayer

Tanjiro’s journey begins with his encounter with the water pillar, Tomioka Giyu. Tomioka was seen trying to protect Tanjiro from his demon sister, Nezuko.

To his surprise, he saw Tanjiro protect the demon. Tanjiro displayed the will to protect his sister, to the point where he impressed Tomioka with his skills.

Tomioka later decides to spare Tanjiro’s sister after seeing her unwillingness to eat his brother. The siblings were then sent by Tomioka to his master, Urokodaki Sakonji, who lives on Mt. Sagiri. Tanjiro will then be trained in the ways of a demon slayer under the tutelage of Urokodaki.

Tanjiro then goes through the Final Selection, the last test for an individual to become a demon slayer. The exam requires participants to survive seven nights in a demon-infested forest without outside help. Tanjiro passes the exam with flying colors, slaying the demon who killed many of Urokodaki’s students.

After passing the final selection, Tanjiro then begins his quest to look for the one responsible for the death of his family, Muzan Kibutsuji.

He finally finds him in a festival but was not able to exact his revenge at that time since Muzan was accompanied by a woman and a child. However, Tanjiro did meet Tamayo, a doctor who was turned into a demon by Muzan. Tamayo aids Tanjiro in his quest to kill Muzan and cure Nezuko. Tanjiro collects blood from various demons for Tamayo to create the cure.

Later in his quest, it was revealed that Tanjiro had a hidden power within him. The dance of the Fire God, taught to him by his father, was a very powerful sword style.

It was known as “The breath of the sun”. The dance of the Fire God is a sacred dance that is passed on from generation to generation, with the hanafuda earrings as a sign of completion. The dance is composed of 12 segments that are repeated throughout the night.

The breath of the sun proved to be very powerful, as Tanjiro nearly killed Rui, the lower demon moon 5, with the technique. (to put into perspective, it is implied that only hashiras can kill demon moons).

It was later revealed after Tanjiro inherited the memories of his ancestors that the breath of the Sun had a thirteen form, which could only be done after doing all the original 12 forms in succession.

On the brink of extinction, Muzan Kibutsuji made a last effort in evening out the score and turned Tanjiro into a demon. He hoped that Tanjiro would continue his legacy and become an immortal Demon King. At the time, Tanjiro was noted to be just as, if not, stronger than the demon king Muzan himself.

Tanjiro exhibited scary potential as a demon. So scary, that even Tomioka said that Tanjiro was practically invincible. Among his new demonic powers were the immunity to sunlight, resistance to red nichirin blades, absolute regeneration, body manipulation, and shapeshifting, as well as the ability to create a shockwave through screaming.

Luckily though, Tanjiro didn’t stay a demon for too long, as he was turned back to a human through Tamayo’s drug.

Below is our best Tanjiro product: 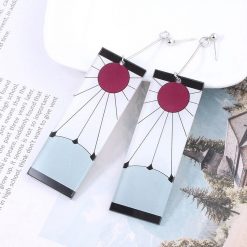 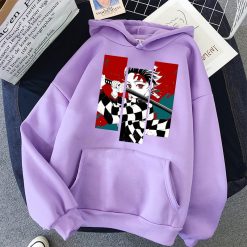 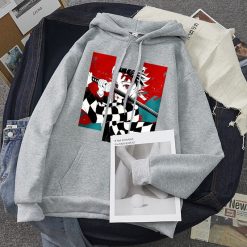 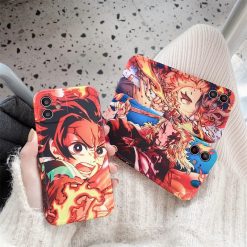 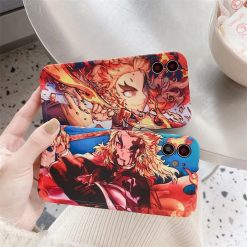